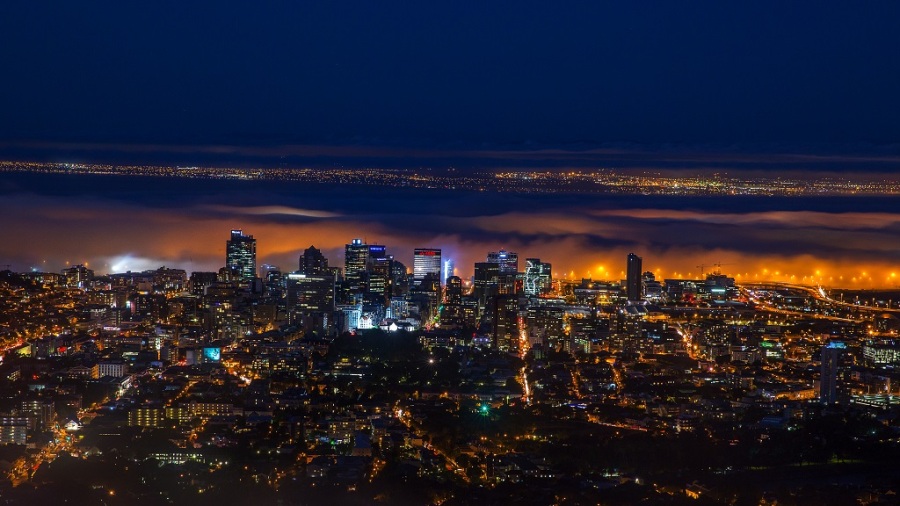 I sometimes wonder, if my life were movie, what the bloopers real would look like. You know, as the credits roll up, the shots of all the out takes that went wrong in the making of the movie.  More often than not it is the funniest part of the movie so I would think, given the chance, mine would be simultaneously hilarious and unbearably painful to watch. It really is unfortunate that in real life you seldom have do-overs.  You do however get to sit back sometimes and wonder what you were thinking.  If you really lucky you catch yourself slowly realising that perhaps, just perhaps, I should not have done this, while still in the midst of doing it.  I have learnt that the best thing to do when you have messed up is to admit it, take the lessons that you needed to discover by making that particular mistake and move on.  After all one should never be ashamed to admit he was wrong because it says he’s a wiser man today than he was when he made the mistake.  This of course only holds true the first time you make that particular mistake because  every time you repeat it, it becomes a choice.  Then that same man is a fool!

I can safely say that a large portion of what I have learnt in the past years of photography has been in trying to correct things I have managed to mess up.  And trust me I have messed up a lot. If learning from your own mistakes is wise, then learning from the mistakes of others is another level of genius.  So here’s a go at some of the most common mistakes I’ve made and my suggestions to correct them.  For the most part they may sound trivial, until of course you find yourself making them.  But at least I’ll be able to say I told you so!

Not being able to turn your camera on when you are meant to be taking photographs is probably the single most frustrating situation to be faced with.  If you are like me and think you have planned ahead and carry a spare battery only to find it is also dead there is no hope for you.  Ok maybe don’t give up the first time that happens though.  I have always had at least 2 batteries for my cameras.  When both are charged you can shoot for longer and I’ve often shot out a full battery in the bush so they come in handy.  I recently purchased a second camera body that shares the same battery as my first camera. So now I have 4 batteries between the 2 camera bodies.  If you use flash units that require AA batteries make sure you have at least 2 full sets on hand.  I keep a set of rechargeable and a normal set these days just to be sure.

To be honest  shooting with the lens cap on is something I still do quite often.  A few full black shots in and I usually figure it out.  Of course taking the lens cap off the front of the lens may not be the end of your lens cap woes.  Because once it is off the question becomes where do you keep it and not misplace it.  I have misplaced a couple and still remember dropping one while standing on bridge and watching it slowly sink in the clear stream below.  Like watching the balrog pull Gandalf into the abyss, I almost expected a “Fly you fools!”

Once the lens cap is of it is important to first remember what lens filter you have on the front of your lens and then to use it correctly.  I almost always have by circular polariser on my wide angle and sometimes forget that I have it on and then wonder why my photos don’t come out they way they should.  The second thing to remember is how to correctly use the lens filter that you may have on.  If the only filter you use is a UV filter then you should not have a problem but if you shoot with a circular polariser or neutral density filter I would suggest making sure you are comfortable using them (see my previous post for more: Making the most of lens filters).

Perhaps more important is to know when to keep the filters on and when to have them off.  I recently learned this the hard way when I woke up at 4 am to shoot the milky way in the Karoo and came up all blanks.  I went back to sleep and woke up to realise I had been shooting with my circular polariser still on.

4. Using the wrong settings to start with

Picking up your camera after a while means that you will be shooting with the last settings.  If you are like me and go from shooting long exposure landscapes followed by fast birds you will more often then not result in over exposed photos.  The same happens when you transition between shooting indoors, possibly with low light and therefore high ISO to outdoors with brighter light.  Checking your settings before shooting is therefore imperative.  The other thing I have learned to do is return my camera settings to more neutral settings after shooting with extremes.  So after a session of long exposures I will reduce the shutter speed back down to hand held speeds and if I for some reason pushed the ISO up I reduce it before turning the camera off.

I have learned more than one lesson with tripods.  Like don’t leave it at home if you intend to use slow shutter speeds.  And having the tripod and not the mounting plate on your camera doesn’t help.  And that if you are using a light aluminium framed tripod, don’t leave it standing in the waves because chances are that it can be carried off by the current.  Invest in a good and sturdy tripod.  Unlike your camera it has the potential serve you for decades so don’t skimp on the cost of a good tripod with a sturdy 3-way head. I use a Manfroto 190 series but there are many other brands such as Slik and Vangaurd that also make good pro range tripods.  Then, if you have multiple camera bodies, get a mounting plate for each and keep in on the body at all time so that whenever you need to your camera is ready.  I also have a monopod for when I shoot with my longer lenses and again keep a mounting plate on each lens to avoid the issue of trying to find where the mounting plate got to.  Lastly if you do find yourself needing to shoot without a tripod you can improvise by finding a steady surface to balance your camera on to stabilise the camera.  There are also ways to make yourself steadier and sometimes you can get down to as much as 1/8s shutter speed without the tripod.

Following on from tripod use, one of the things to remember when you are shooting on a tripod is to switch of the image stabilisation on your lens.  Some camera makes do their stabilisation in the camera body but Canon (which I shoot with) relies on lens stabilsation.  Usually this allows you to shoot at much longer shutter speeds than just hand held (usually measured in stops – 3 stops of stabilisation would equate to being able to shoot 3 stops “slower” hand held than with an unstabilised identical lens) which is particularly handy on longer lenses.  However once you put the lens on a tripod and start shooting longer exposures that very same stabilisation that was assisting you starts working against you.  The micro-movements of the lens motor can then lead to your images not being as sharp as they should be.  The cover image for this post is of the Cape Town city bowl as the fog  rolls in from over the Atlantic. I used my 70-200mm which I don’t usually use to do landscapes and forgot to switch the stabilisation of.  Looking through my pictures on the large screen I began to realise that none of them were as sharp as I expected them be and only then linked it to possible movement due to stabilisation.  The simple solution to this is to remember to turn the image stabilisation off, or, like I do with my 16-35mm lens, switch it off and put a piece of tape over it so that it is never turned on again.

In the age of the digital camera not taking more shots is almost a sin.  In writing this blog my dad looked in over my shoulder and saw the title and said son yes that’s good but it is obvious isn’t it.  But is it really?  Most modern DSLRs are rated for well over 100 000 shutter actuations but most photographers don’t get close.  4 years and your camera body is generally old technology so that means to get anywhere close you need to be taking 25000 photos a year at the every least.  So the mistake to avoid is not taking the picture.  Even if you don’t get the shot you were wishing to, you will hopefully be able to figure out what to do next time.  The other thing that a digital camera will give you is immediate feedback  of how the picture looks on the back screen.  So when you are shooting get into the habit of checking the first couple pictures to ensure your settings are correct then carry on shooting.  And if they are not and you have made some of the previous mistakes you can correct immediately.  Don’t take 250 pictures with the review function off and then only realise later that they are all unusable. Do be weary though that you are not checking each and every shot (known in photography circles as chimping), especially if you are shooting wildlife and fast action because taking too much time to review your pictures could mean that you are missing shots you could have been taking!

The last two lessons go hand in hand.  For the longest time I would take photos and save them to my computer and they would stay there, besides a few that I posted to social media.  Oh and your own social media is not sharing!  I then joined a photoclub and learned that maybe they weren’t as good as they thought they were almost right from the start.  Every second week is a chance to display 5 pictures and get feedback on how they can be improved.  One quickly learns technical and compositional lessons from photos that would have been good to your own eyes.  And the club I joined is for the most part photographers that have been shooting for decades so the insight you get is generally on point.  So you have to be open to receive what is being said.  If there are no clubs near you the next best thing to do is perhaps join photography groups on social media and seek their advise and criticism.  Fair warning though, the internet can be cruel so you almost need a thicker skin for that.  You will eventually learn how to be critical of your own work but until that time you will need guidance on how to tear it apart.

The most important lesson is to keep shooting though.  Don’t give up early on if you want to learn and improve, you are not going to be perfect from the start.  And understand that you will get lucky and get a few perfect shots right from the start.  The trick is to learn from the unlucky shots and increase the percentage of perfect shots.  Shifting the hit rate from 1 in 10 to even 3 in 10 could still mean you taking a lot of bad shots, but you will be 3 times better at it.